So what’s fat FIRE you may ask? Well, FIRE is an acronym for Financial Independence, Retire Early. Many in the movement are looking at least to FI. Whether the RE part comes (and when!) is different for each person.

Then there are different flavors of FIRE: regular FIRE or just FIRE, lean FIRE, and fat FIRE. Those flavors are determined by how much you’ll need to achieve Financial Independence. A large part of that will be based on your lifestyle and where you’ll live. For example, living a middle class lifestyle in Alabama may be achievable with lean FIRE, where you’d be keeping your annual expenses to $40,000 or less. The same lifestyle in San Francisco, CA may require $120,000 a year to achieve and will definitely result in fat FIRE just because it’s that much more expensive (mostly due to housing). In between those two examples would be regular FIRE. All those numbers are in today’s dollars by the way, as you’ll have to take inflation into account.

Once you know your annual expenses, the traditional way to calculate how big your nest egg will have to be is to multiply that number by 25. The reason to multiply it by 25 is that it would result in a 4% safe withdrawal rate or SWR. There are many blog posts, YouTube videos, and articles written about the so-called 4% rule that you can find so I won’t go into it here. At some point I’ll write about my own personal SWR… hint: it’s not 4%. Nevertheless, the 25 times multiple and resulting 4% SWR is a good place to start.

What this means is:

Here’s a chart I made to show the different amounts needed for different types of FIRE. The chart only shows a max of $5,000,000 for fat FIRE but in reality it can go as high as you need it to:

I’m on a fat FIRE journey myself because I live in San Diego, CA. It’s a high cost of living (HCOL) area and while not as expensive as San Francisco or New York, it’s still pretty expensive. I calculated that I would need a minimum of $84,000/year after taxes in today’s dollars to maintain my lifestyle in San Diego. That includes healthcare costs as I wouldn’t yet qualify for Medicare, relatively expensive property taxes, and other expenses. In order to get to $84,000/year after taxes, I estimated that I’ll need to generate $105,000/year pre-tax to account for federal and state income taxes.

Also, as I alluded to earlier, my personal SWR is 3.5% (or less). This would mean that I need to multiply my minimum annual expenses of $105,000/year by 29 instead of 25 (100 divided by 29 is roughly 3.5). This would result in a minimum nest egg of $3,045,000 in today’s dollars. I realize that may seem like a crazy number to many people, but I assure you, it’s not. The one benefit of being in an HCOL area is that income tends to be higher than LCOL areas. That’s just a reality but that higher income does help. You still have to be disciplined, live below your means, and have a high savings rate, but it is doable.

I hope that makes sense for those of you new to FIRE and for those already on the journey, how I’m calculating my own personal number. At some point I may post a budget showing what I think my expenses are once I get to FI. 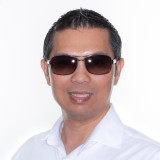 Phuoc is on his own fatFIRE journey. He has come to realize that time ≠ money. In fact, time is infinitely more valuable. After decades of savings & investing, he is starting to help others starting their own FIRE journey through articles, videos, and mentoring.